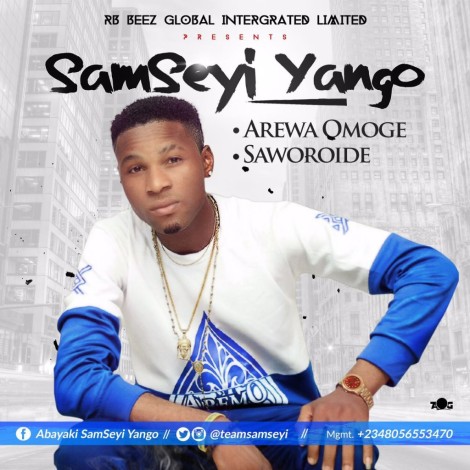 ABAYAKI SAMUEL SEYIFUNMI (Known as SamSeyi Yango, born in Cameroon – 14th September, 1991) is a Nigerian based singer and songwriter

He started his Music Career 2008 and since then he has recorded a good number of songs and has performed both in Nigeria and outside Nigeria.

His style of music can be classified into Hip pop, Afro Beat & RNB and When you listen to his music you can expect to dance to great beats, fun and well thought of lyrics.